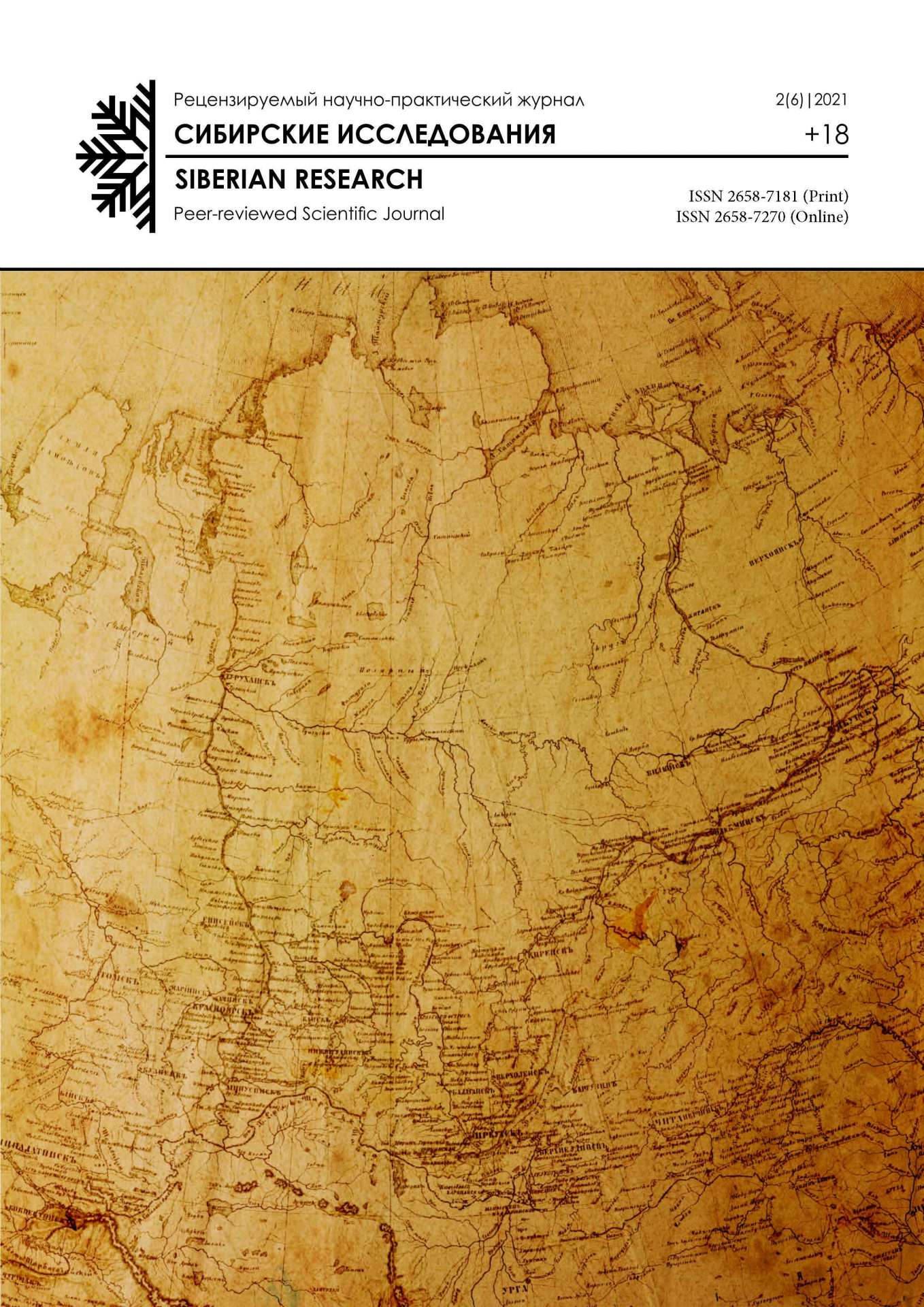 Contents of the issue ...

The journal "Siberian Research" is dedicated to multi-disciplinary studies of humanitarian and natural-scientific problems of the peoples of Siberia and is designed for a wide range of specialists, scientists and readers who are interested in these problems. The publication of the journal was launched in 2018 at the initiative of a group of specialists dealing with the humanitarian and natural-scientific problems of the population of Siberia for more than a decade, which were included in the editorial board of the newly published journal.

The main theme of the journal is focused on key issues of adaptation of the population of Siberia to its natural, climatic and environmental conditions, the state and protection of its health. The well-being of a person not only depends on the physical state of his health, but also on the satisfaction of his spiritual needs. The editors of the journal will welcome a multidisciplinary approach to solving humanitarian and natural-scientific problems of man in Siberia. The pages of the journal will discuss current problems of the peoples of Siberia of a humanitarian nature: history, archeology, ethnography, ethnology, folklore, linguistics, art history, folk art, museology, and protection of historical monuments.

A second issue 2020 of the journal devoted to the elimination of the incidence of Vilyui encephalomyelitis (VEM) in North-Eastern Siberia has gone out of print.

The disease became known to the world thanks to the work of R. K. Maak  who saw patients with this disease during an expedition to the Viliuisk district in 1853-1855. VEM may have existed long before Maak’s trip.

The origins of Viliuisk encephalomyelitis may be similar to those of the epidemics caused by ebolavirus Zaire (ZEBOV — Zaire ebolavirus) in West Africa in 2014 – 2015, and the current pandemic caused by the SARS Cov-2 virus. The appearance of the first of these epidemics is associated with bats (Chiroptera, Megachiroptera) that were consumed by the local population, and the appearance of SARS Cov-2 with bats of a different species (Rhinolophus).

The struggle started in 1951 by Dr. P. A. Petrov and lasted for more than 60 years. A huge army of medical professionals accomplished the work. These efforts were not in vain, it became possible to prevent the spread of the disease beyond its primary focus. The Editorial Board notes the outstanding contribution of Professor L. G. Goldfarb in this work.

In the lectures L. Goldfarb published in this issue of the journal, described in detail all the subtleties and nuances of this
struggle.

On the origins of the Sakhas' paternal lineages: Reconciliation of population genetic / ancient DNA data, archaeological findings and historical narratives.

Federal Service for Supervision in the Sphere of Communications, Information Technology and Mass Communications (Roskomnadzor) registration number PI No. FS 77 - 74317 of 11/19/2018

Dear Readers! The views expressed in this Journal are those of the author and do not necessarily reflect the views of the editorial staff.